A Legacy in Limestone

Within 25 years of the first European dwelling of cabbage trees and clay being built in 1853, Ōamaru had risen to become not only the country’s ninth largest town, but also reputedly “the best built in New Zealand”.

The discovery of an excellent building material, limestone, contributed to the young town’s early appearance of permanence and stability. Because the stone was easily carved, architects and stonemasons revelled in the creation of the then fashionable classic forms of architecture. Their skills, aided by the general prosperity of the time, have given Ōamaru some of the finest 19th century streetscapes one could hope to find in New Zealand today.

Ōamaru has traditionally been a servicing centre for the farms and estates of the interior. At Totara, just south of Ōamaru, sheep for New Zealand’s first shipment of frozen mutton to the United Kingdom were killed and processed.

Because the port played an important role in the handling of imports and exports, the harbour area was understandably developed first. Here, creamy white limestone hotels, banks and offices rose alongside equally well-designed and well-proportioned grain and wool stores and warehouses.

The widening of the Thames Street bridge over the Ōamaru Creek then enabled the commercial area to spread along Thames Street. With the development of the northern end of the town, “The Whitestone City”, as Ōamaru soon became known, continued to expand.

This shift of commerce, together with the closure of the Port of Ōamaru in the l970s, has been fortuitous for the town’s 19th century heritage. It has allowed the area to remain largely intact…poised, if you like, to greet an era of renewed appreciation. 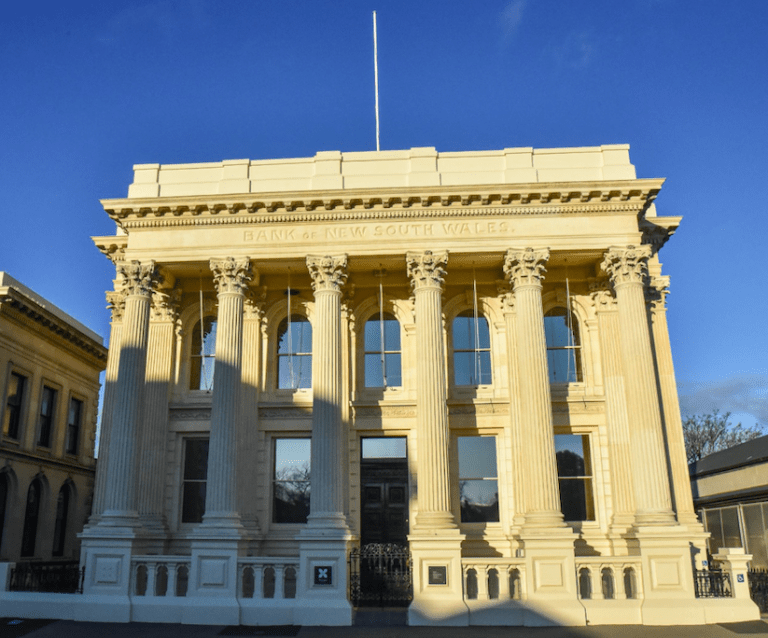 Architecture OAMARU, THAMES STREET This former Bank of New South Wales was built at a time of rapid growth in Ōamaru. Designed by Dunedin architect Robert Lawson in 1883, the building forms a handsome pair in limestone with its equally imposing neighbour, the National Bank. Both have luxuriant acanthus leaves 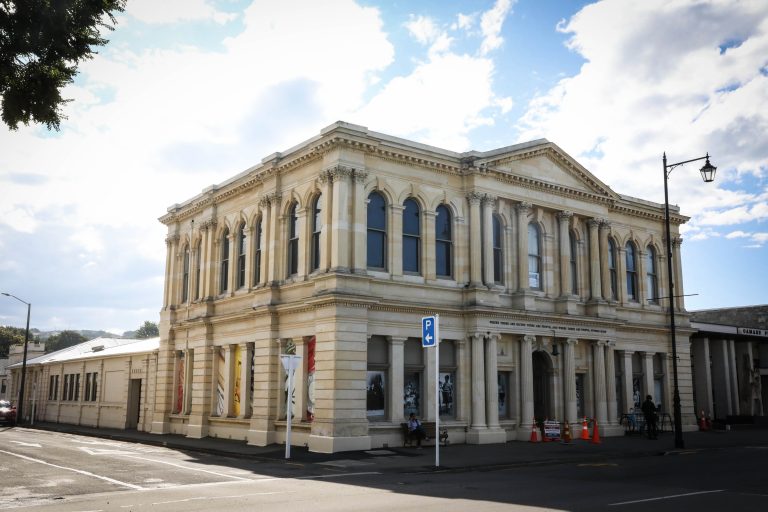 The North Otago Museum collects and showcases a variety of artefacts and objects that tell the various natural, cultural, agricultural and industrial stories of the Waitaki District. 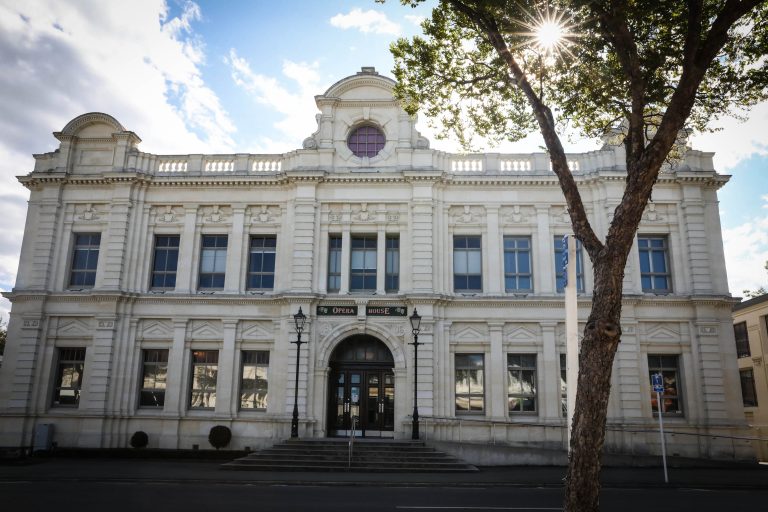 The beautiful Oamaru Opera House stands resplendent in historic Thames Street, an intact, heritage-listed nineteenth century streetscape. Built over a century ago, the Oamaru Opera House has long been a hub for social, political and cultural activity, and continues to be the first choice for quality entertainment, meetings and conferencing 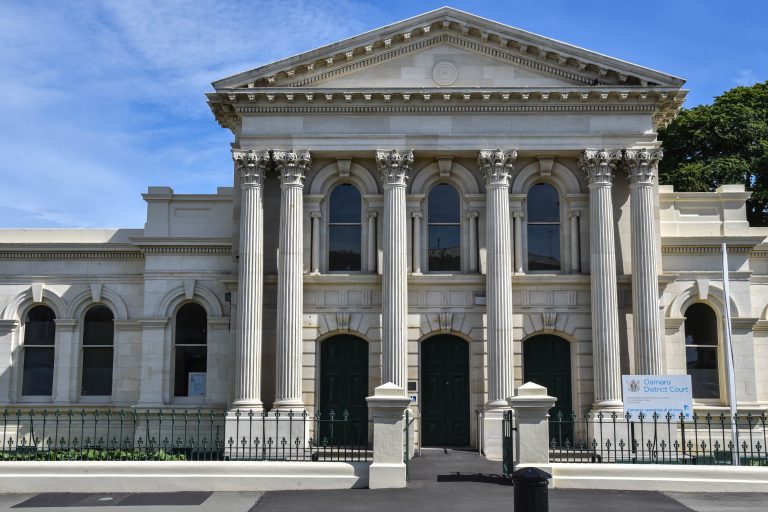 Architecture OAMARU, THAMES STREET Arguably the finest building by the prolific local architectural partnership of Forrester and Lemon, the Ōamaru Courthouse was built in 1882-3, superceding an earlier courthouse to the south. The well- proportioned classical design reflects the influence of Palladian architecture. Supreme Court sittings were held here until 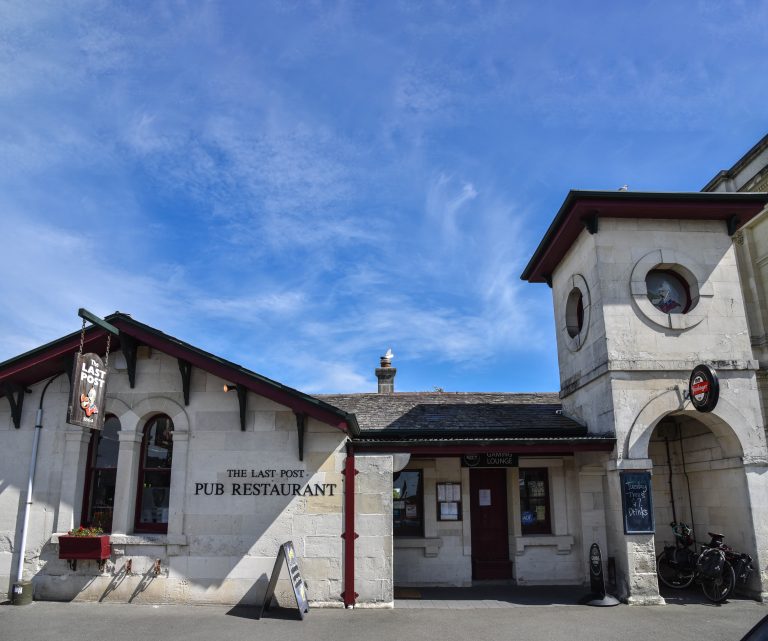 Architecture OAMARU, THAMES STREET Now a restaurant, this former post office, built 1864 is now Ōamaru’s oldest surviving public building. It is the only known example of architect W. H. Clayton’s work remaining in the town and differs from its more elaborate neighbour, the second post office, which replaced it in 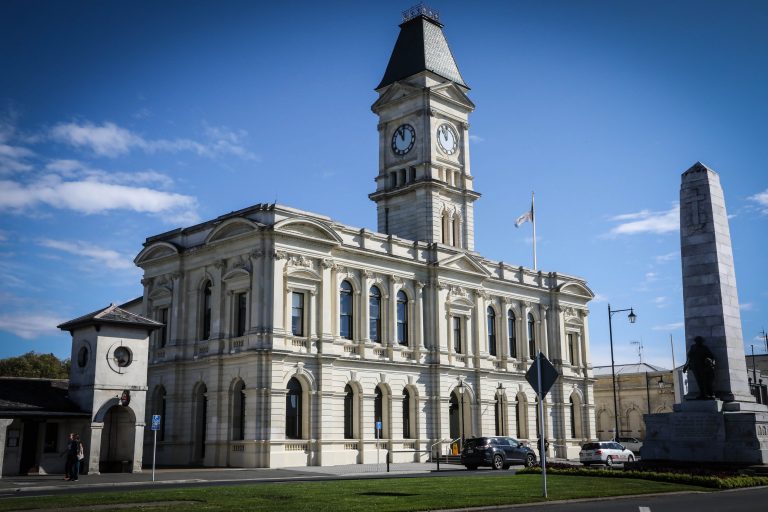 Architecture OAMARU, THAMES STREET Now the home of the Waitaki District Council, this elegant essay in limestone was designed by Forrester and Lemon in 1883, but without its clocktower. It was Thomas Forrester’s son John, who saw to the addition of the 28 metre high tower in 1903. The clock