Originally, the Dunback and Macraes area was settled in the 1850s by farmers and then later by miners following the discovery of gold in the 1860s.

In Dunback, you’ll find beautiful historic buildings and a swing bridge over the Shag River which once divided the town. The bridge has since been refurbished and can be accessed via Murphy Street.

Macraes is a beautiful rugged high-country area with expanses of rolling, golden tussock-land peppered with weathered schist outcrops and views all the way back to Palmerston and the Pacific Ocean behind it.

You can view the heavy machinery and expansive open-cast working gold mine, Macraes Mine which accounts for around 50% of New Zealand’s gold production. You can also see remnants of early mining history Golden Point Historic Reserve. Macraes Town Centre is full of original historic buildings from the gold-rush era. 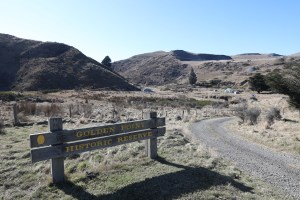 Walking Track The Golden Point Historic Reserve in Macraes protects remnants of Otago’s gold mining history. Here you can visit the Golden Point Stamper Battery, Callery’s House and Callery’s Battery Building. With a 5 minute walk up the hill, you can also venture into a tunnel from old mining days. 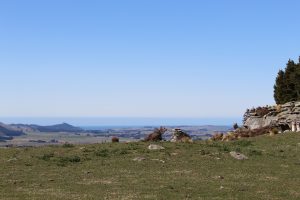 Macraes area was settled in the 1850s by farmers and later by miners following the discovery of gold in the 1860s. 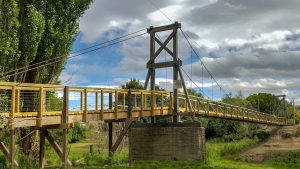 Biking route Time : approximately 1h Distance : 10-12km Beginning at the Dunback Domain Camping Ground, turn left onto Grange Hill Rd to follow the beautiful Shag River course to Wayne’s Town. If the weather is good you can even cross the ford into Wayne’s Town and search for the 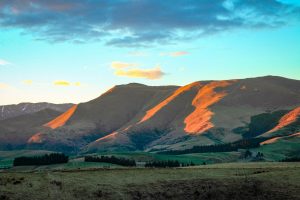 The Old & The New, Dunback

Biking route Time : 4 hours Distance : 17km Dunback has an historic monument to those from the area who gave their lives during overseas conflicts. Starting here, at the junction of SH85 and Ritchies Rd, head along Ritchies Rd which will change quickly from tar seal to gravel. Going