the first Geopark in New Zealand

The Waitaki was formed under an ancient sea and is built on the remains of prehistoric creatures from a vanished world.

In this Geopark, find an abundance of unique geological and geomorphological features including the Moeraki Boulders, karsted limestone at Elephant Rocks, as well as “badlands” and faults at Clay Cliffs.

Straddling the 45th parallel South, on the east coast of the South Island, the geopark is bounded by mountains and sea, the remnants of fire and ice, and the powerful Waitaki River.

The park covers just over 7,200km2. At the heart of it all are spectacular areas of karst. Karst landscapes are underlain by limestone which has been eroded by dissolution, producing ridges, towers, fissures, sinkholes and other characteristic landforms.

The karst landscape and its ‘whitestone’ are integral to the identity of the Waitaki region. The first people in the area found shelter in limestone caves, leaving now-treasured rock art. Waitaki’s largest town, Oamaru, is renowned for fine limestone architecture. Today, the Vanished World Centre celebrates the wonderous fossils that emerge from the region’s whitestone. This is why our geopark is proudly named the Waitaki Whitestone Aspiring Global Geopark.

For more information about our Geopark : 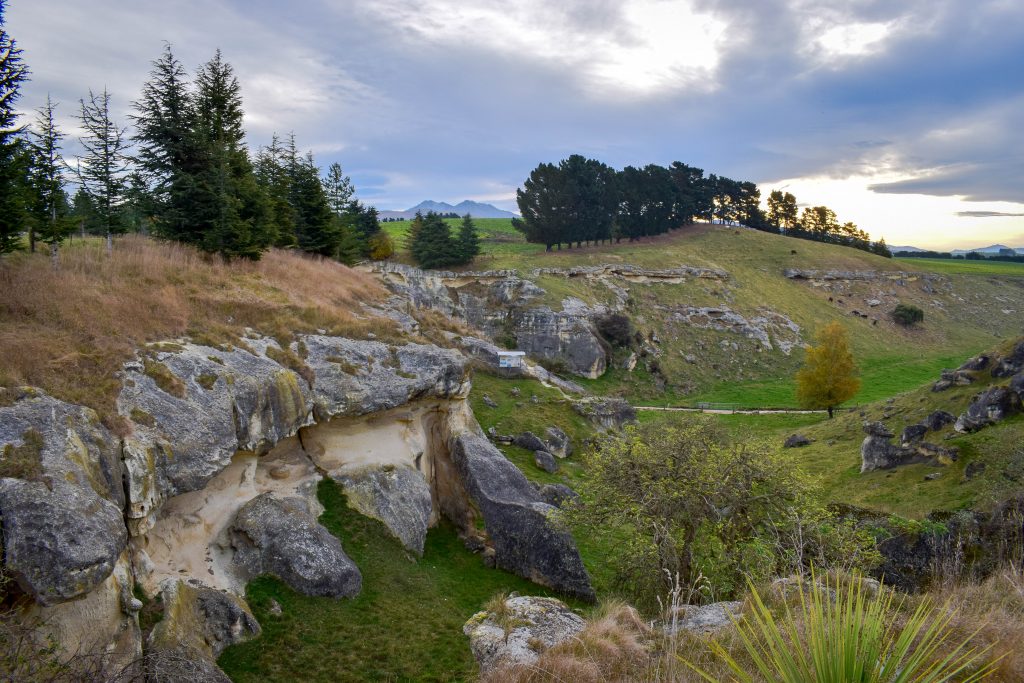 A beautiful gorge set in a working farm with remnants of an ancient seafloor that at one time stretch much further inland than the present-day coastline at Oamaru. 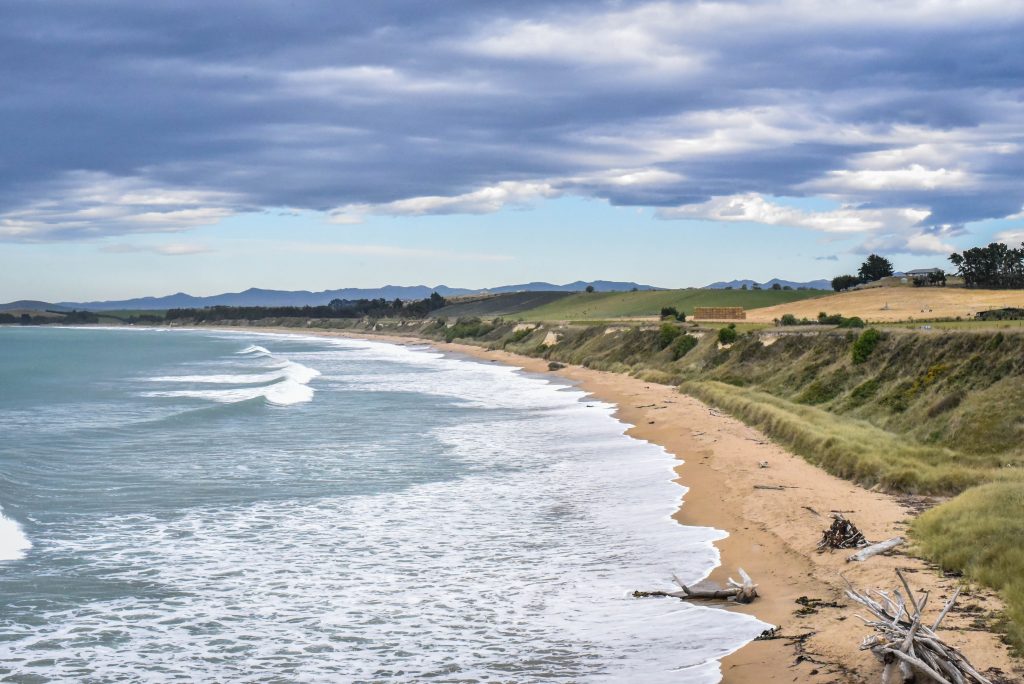 Campbell’s Bay is a great beach for surfing, swimming and having fun in the sun.
This beach is immediately south of the headland in Kakanui and provides a surfable break and a safe swimming beach which is frequented by Hector’s Dolphins who love to play in the surf. 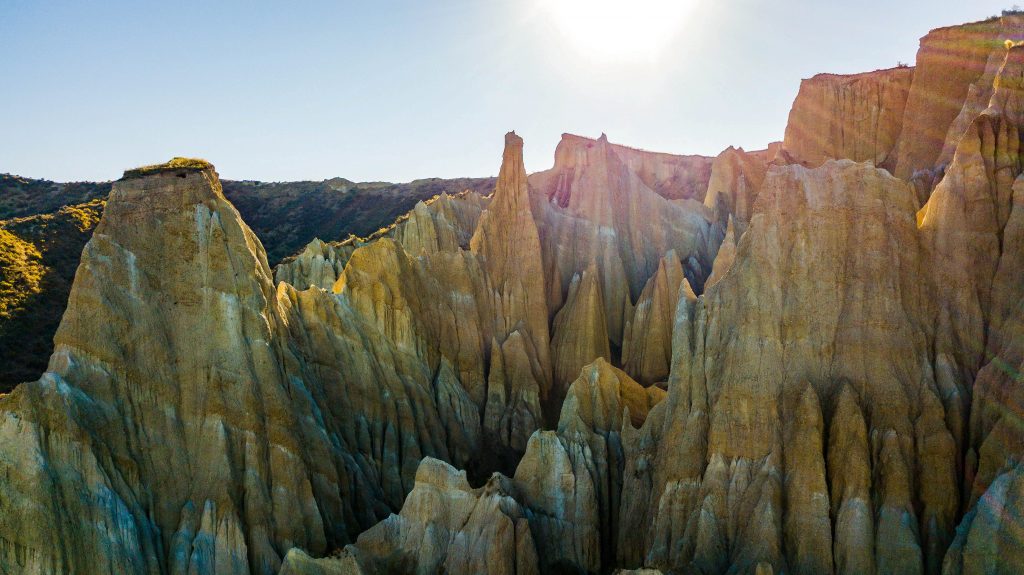 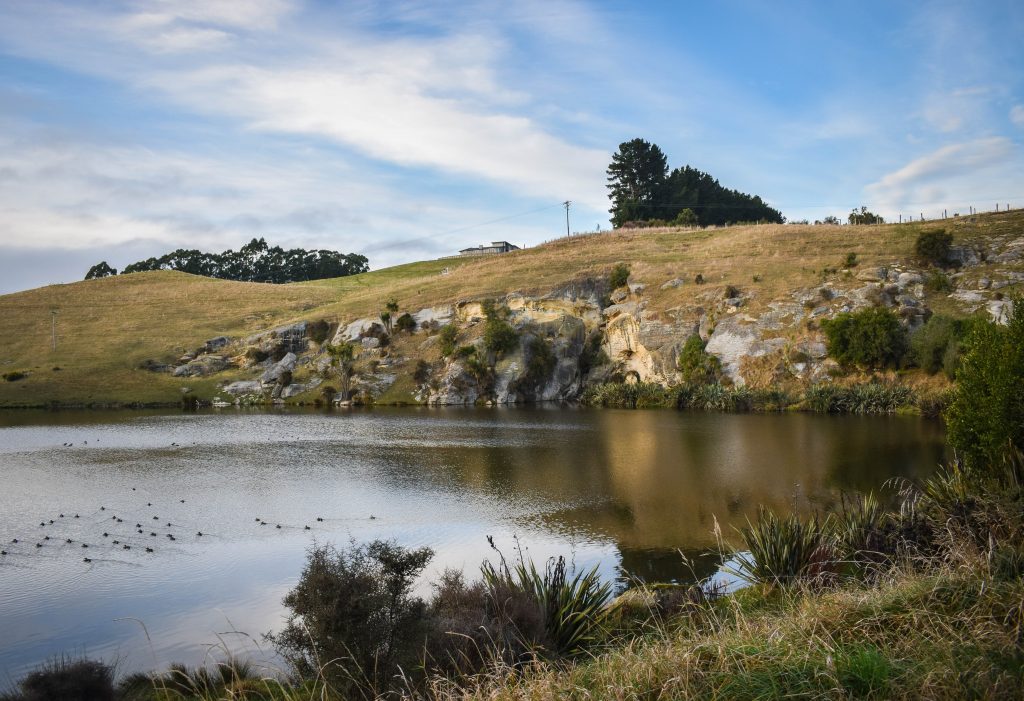 This wetland lagoon is an important habitat for many wetland bird species and is recognised as an area of Natural Significance in this Karst landscape. The walking track surrounding the lagoon leads to a ‘disappearing stream’, where the water drains into an underground cave system in the limestone. Head south 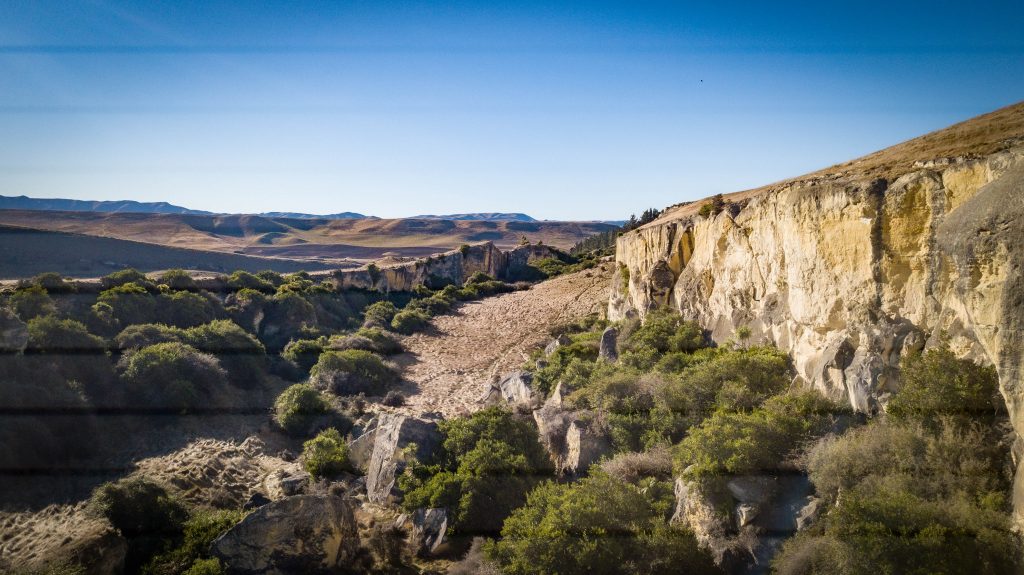 Intriguing name, intriguing fossils and house-sized rocks. Earthquakes was given its name when it was thought the house-size rocks were dislodged by earthquakes. Instead, the boulders were split away due to the land slumping many years ago.

60 million years in the making – just for your enjoyment. The large hummocky rock formations that look a lot like Elephants were created after fossil-rich limestone deposited millions of years ago eroded, leaving behind an incredible boulder-field which towers above your head. 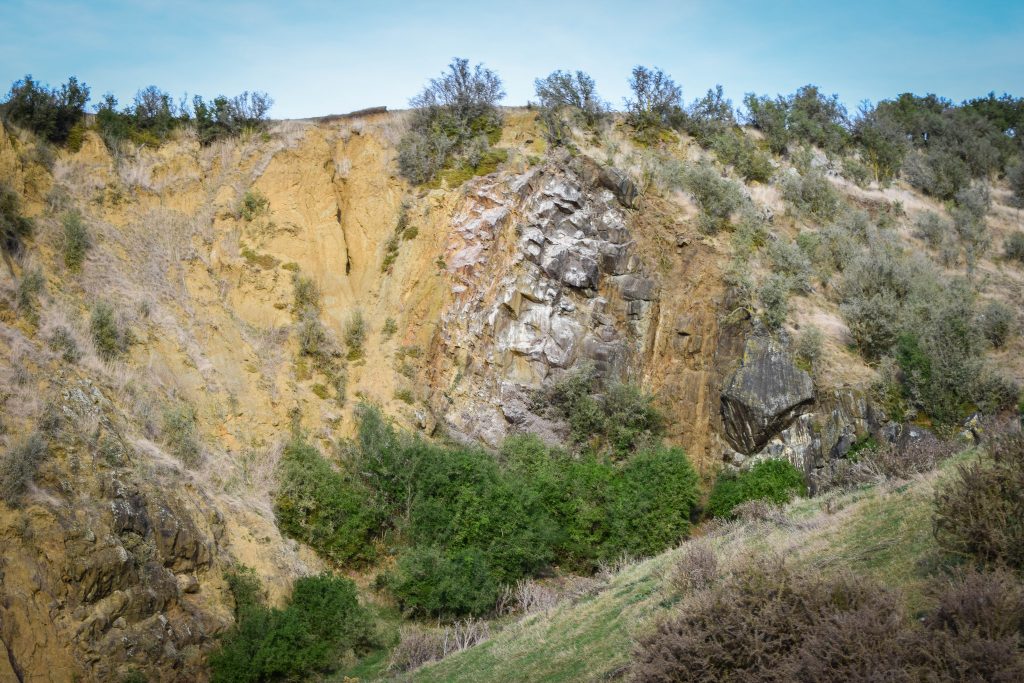 The dikes seen here are basaltic in nature, and are one of the best inland exposures of igneous dikes in the Ōamaru region and belong to the wider Waiareka Volcanic group. These are located behind the village of Enfield in a disused quarry which has more recently been used as 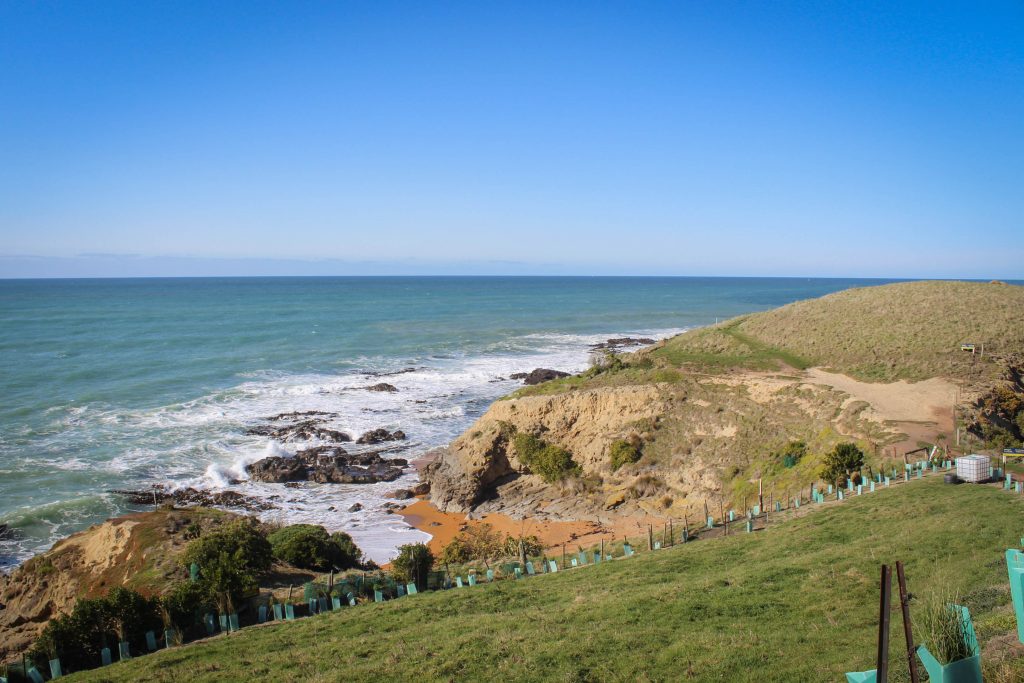 A cape-top walk to take your breath away. This historic and still working lighthouse sits high above the Pacific Ocean and the walkway down to the coast where endangered Yellow-Eyed Penguins and Fur Seals can be viewed, is absolutely spectacular. 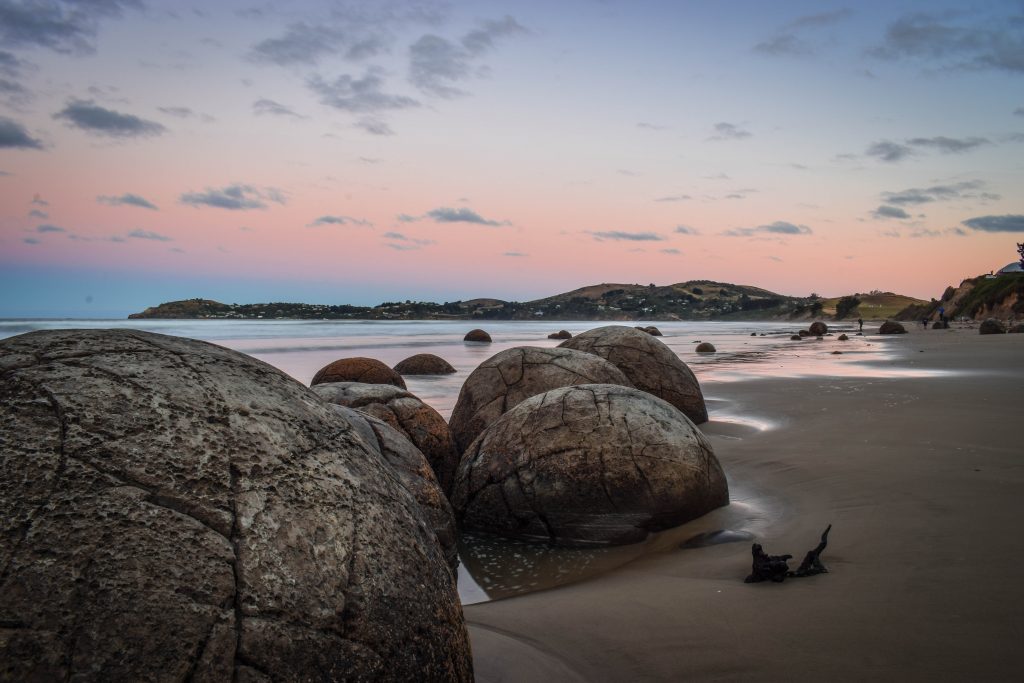 These massive, spherical concretions, commonly known to locals as boulders, were formed around 60 million years ago and can be seen scattered along Koekohe Beach. 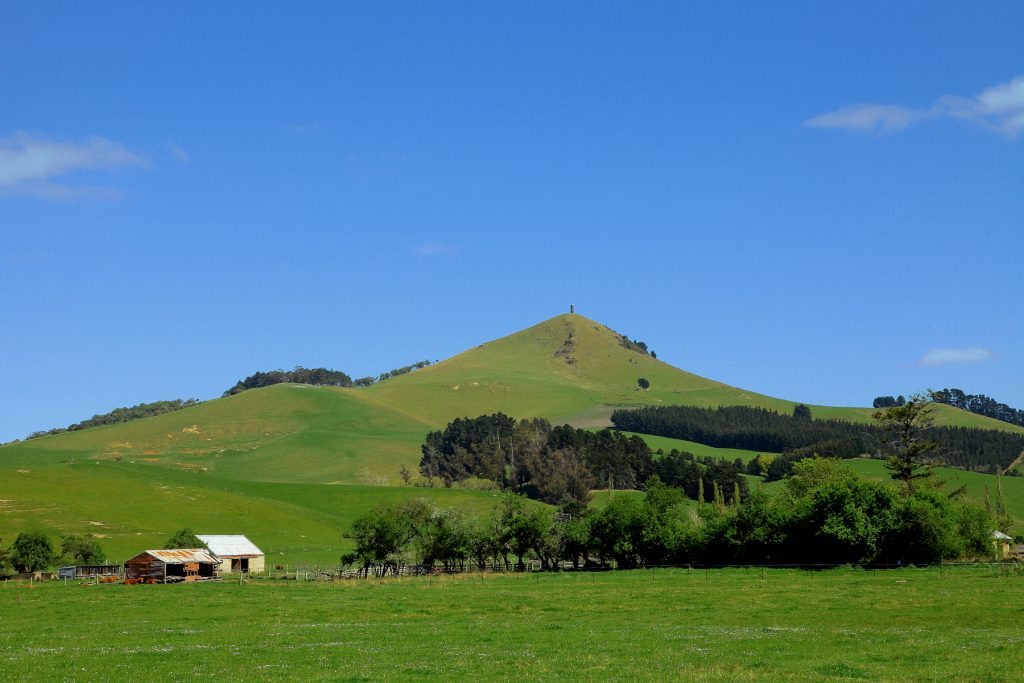 A walk up Puketapu (sacred hill) offers stunning 360-degree vistas over Palmerston township, rolling farmland down the Shag Valley and out to sea. The track is steep in parts, but it is well formed. 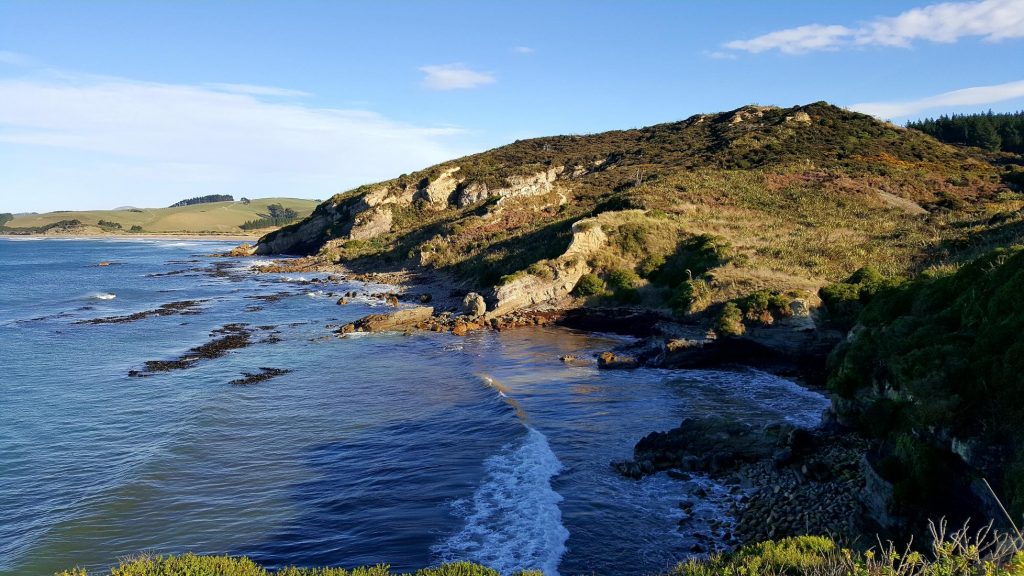 Shag Point/Matakaea Reserve is a great spot for wildlife viewing and is part of a geologically curios and intriguing coastline. New Zealand fur seals can normally be seen in good numbers on the rock selves around Shag Point. There are two short seal-viewing walks where visitors can watch the seals 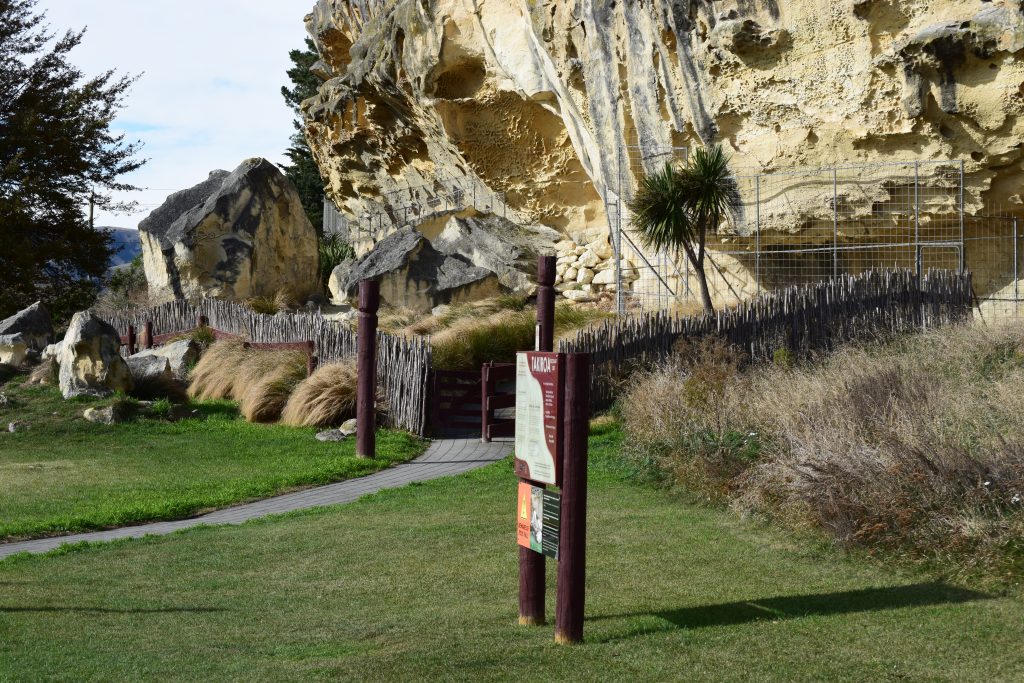 Follow in the footsteps of our Maori forefathers who navigated the length of the Waitaki River and sheltered under limestone cliffs by visiting an ancient Takiroa Maori Rock Art site. 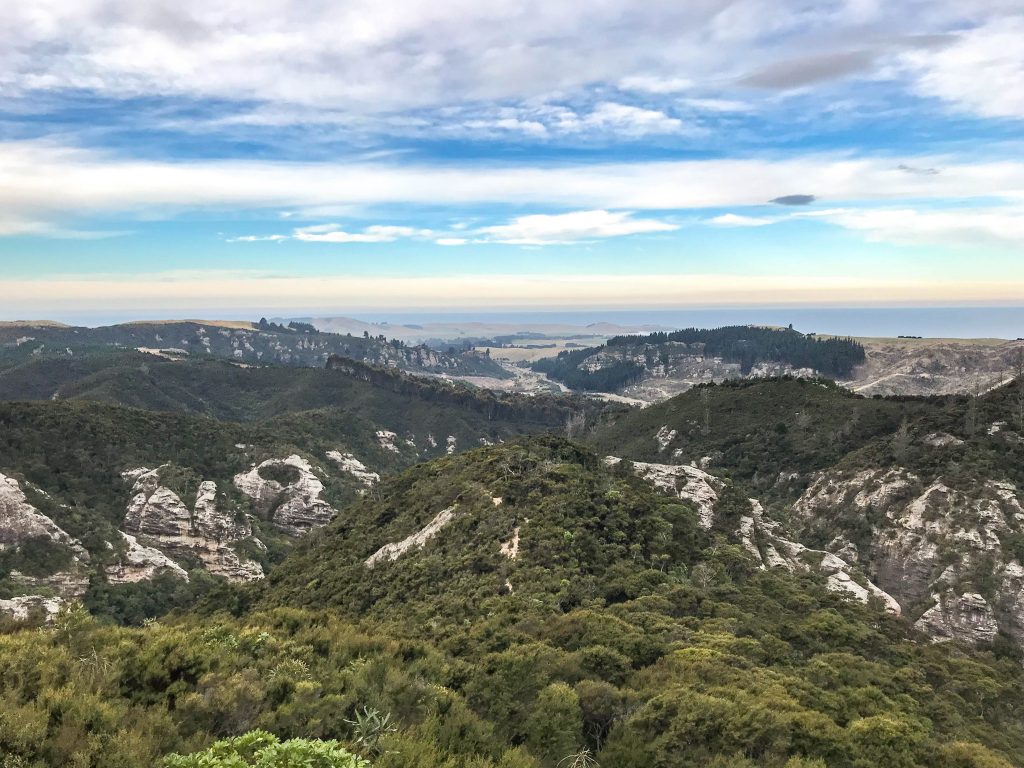 As well as offering camping, the DOC-managed Trotters Gorge is a beautiful reserve with fantastic walking tracks to caves, through pockets of native forest, streams and more. There are 3 walks to choose from. 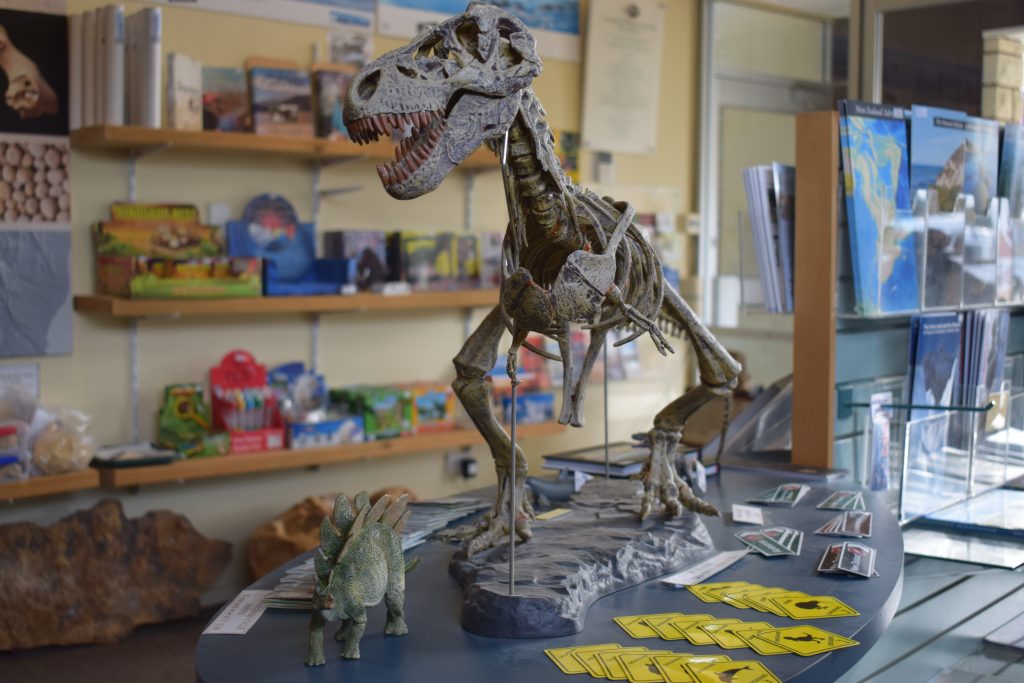 The Centre has interpretive displays including unique world-class fossils – whales, dolphins, penguins, sharks and many shellfish while the trail introduces some key geological localities in North Otago. 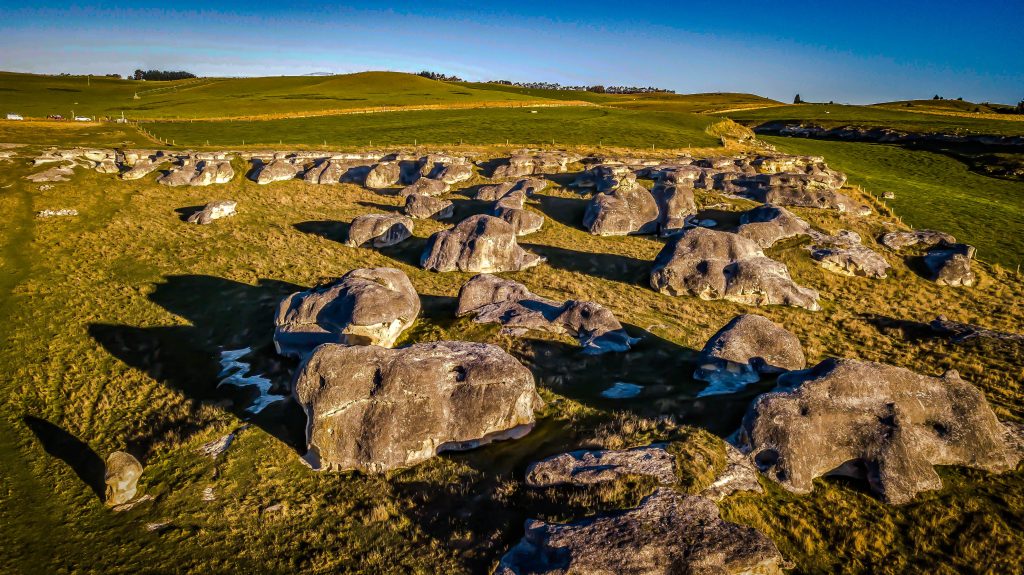 Explore the hidden depths of time throughout North Otago, with a glimpse into lands and seas long before our time.

This self-guided Trail spans coastal localities from Moeraki to Oamaru and extends inland through the Waitaki Valley.

Get the Best deals from our local businesses today!

Local businesses in the Waitaki have prepared their best deals so you can explore our beautiful region with your friends and family
this season at the best price!